Alaskans have lost a community and business leader, a visionary and risk-taker, a devout family man and friend...and one heck of a Resurrection Bay silver salmon angler.

Lifelong Alaskan Dale Lindsey passed away at home in Seward on November 21, 2007 after a lengthy battle with cancer. He was 71.

His business success, and his integrity, compassion, personal charisma and tireless commitment to the community encouraged everyone who knew him.

Dale Lindsey was owner and chairman of Harbor Enterprises Inc., which operates under the names Petro Marine Services, North 60° Petro Ltd. and Alaska Oil Sales. The company is Alaska's largest independent petroleum marketing firm, with operations throughout Southcentral and Southeast Alaska, as well as northwestern Canada. Mr. Lindsey and his wife, Carol, have owned the company since 1959.

Mr. Lindsey joined Andy's Oil Delivery in 1956 as a truck driver. Dale and Carol purchased the small town heating fuel delivery service three years later. He previously worked as a locomotive fireman for the Alaska Railroad, and he also was a commercial fisherman. He served as a director of the Alaska Sealife Center, and was a director of the Alaska Railroad for 12 years. He was also a member of Commonwealth North, Resource Development Council for Alaska, Junior Achievement of Alaska, and Seward Rotary. Over 40 years, he served on numerous public service boards and commissions.

In 1995, he was named the Alaska State Chamber of Commerce's "William A. Egan Alaskan of the Year," and in 1997, he and Carol were inducted into the Alaska Business Hall of Fame. 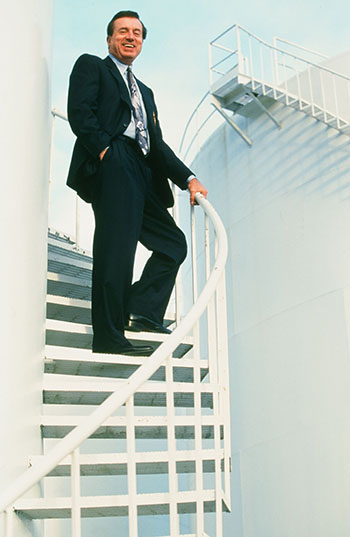